Over 50 people attended the online event on 10th February which was hosted by Kingston & Surbiton Labour.

The party’s chair, Conor Bollins, opened the meeting and stressed the need for collective local action across the political spectrum. While Kingston Council declared a climate emergency in 2019 and set up a Citizens’ Assembly, attendees agreed that little has been implemented since. 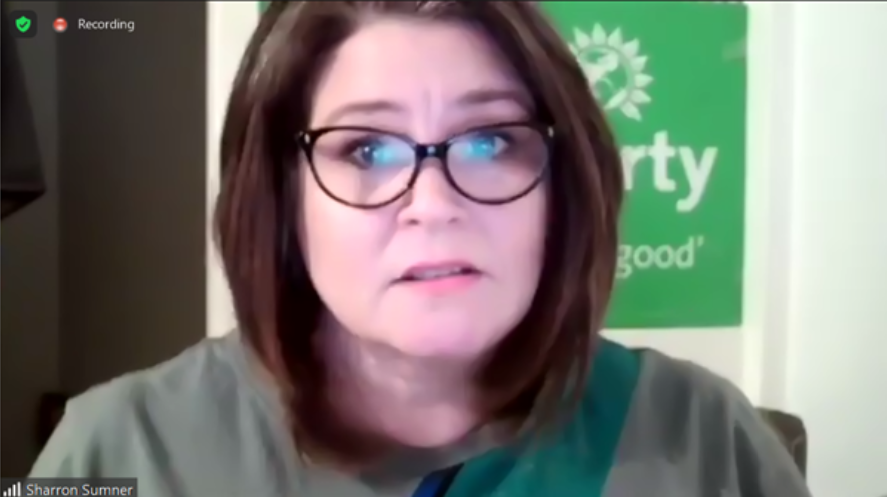 Surbiton’s Green councillor Sharron Sumner was a headline speaker, and she highlighted the positive collaboration taken over Seething Wells. The Greens, Labour and several groups have come together to try to protect the filter beds from development. With its Site of Importance for Nature Conservation status now deemed to be at risk by the council, Sharron said that continuing to work cross-party is vital. This could help to stop hundreds of homes being built on the location, which would kill off vegetation, wildlife habitats and open space.

Sharron also discussed her frustration over her green initiatives being continually ignored by the council. This has included calling for an executive pay freeze to fund more tree planting and for the council to stop using the harmful pesticide, glyphosate.

Ideas to make transport and planning greener were put forward by Sharron too. She explained how she’s pressed for a work-based parking levy that would reduce the number of cars entering the borough. She’s also lobbied to see environmental planning conditions properly enforced and more scrutiny on developers who claim they can’t afford sustainability criteria in their viability assessments.

After a presentation by Labour’s Martin Ellis, Sharron agreed to help raise concerns to the council about a development proposal close to Hook’s Ace of Spades roundabout. The seven-storey site containing 39 dwellings would expose residents to a level of nitrogen dioxide above legal limits.

Labour’s Hounslow councillor Candice Atterton spoke about building a low-carbon economy in her borough. This included a valuable contribution on reducing people’s energy bills through retrofitting houses, and it was agreed more could be done on this front.

Chris Smith and Alicia Escobar from Extinction Rebellion talked of the need to go beyond politics to tackle our pressing ecological crisis. Their presentation highlighted the council’s poor record on tree planting despite having one of the highest council tax rates in the country.

The evening was rounded off by Bob Bollen who asked for volunteers to join him in Kingston’s ambitious People’s Assembly on the Climate Emergency. It’s aim is for the borough to be carbon neutral by 2030.
This positive event proved the power of cooperation and the central role Kingston Green Party plays in confronting the local climate emergency.