Greens launch campaign to save the Kingfisher

Kingston’s Green Party has launched a campaign against the Lib Dem council administration’s proposals to permanently close the Kingfisher swimming pool and leisure centre. The Lib Dem plans would see the Kingfisher site and the neighbouring Cattle Market redeveloped with the profits used to provide a replacement swimming pool nearby. This would mean residents of Kingston would be without a swimming pool for at least five years and possibly as long as ten. 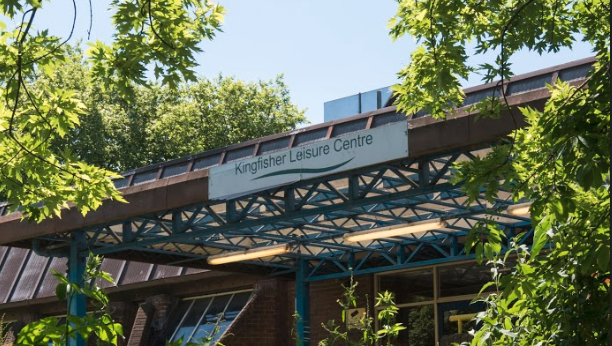 Details of the Lib Dem plans are sketchy with a further report to be brought to the ‘Response and Recovery Committee’ in November – but it is clear the ruling Lib Dems have decided against refurbishing and reopening the Kingfisher – going instead for a private sector redevelopment deal.

The Lib Dems have also tried to deny Green Councillor, Sharron Sumner, the background information she is entitled to as an elected representative – even seeking advice (at taxpayer’s expense) from the council’s lawyers.

Commenting Green Councillor, Sharron Sumner, said, “This failing Lib Dem administration is going from bad to worse. They knew about the Kingfisher’s roof back in February and instead of getting on with the job of fixing it and reopening it – they have indulged in secret discussions about a massive private sector redevelopment. They have even tried to cover their tracks by denying other councillors the information they are legally entitled to see.

“People are angry about the delays – and the secrecy – and we need the pool opened as quickly as possible. Waiting up to 10 years for the Lib Dem plans to come to fruition will mean a generation of our kids struggle to get affordable swimming lessons at the borough’s one remaining pool.”

New Malden Green Campaigner, Lucy Howard, said “The Kingfisher was a much loved venue in my childhood with the wave machine adding extra excitement to a visit to the pool. Now I have children of my own they have also really enjoyed going there. There is a huge waiting list for children's swimming lessons so it seems crazy to get rid of it.”

The Greens have launched a petition calling for the Kingfisher to remain publicly owned and refurbished quickly using inexpensive public borrowing.

The petition can be signed here: