Heavy rainfall and ensuing floodwaters forced road closures in the town centre with overflowing drains and deluged streets reported in neighbourhoods across Surbiton and New Malden.

Kingston’s Green Councillor, Sharron Sumner, has asked Kingston Council to clarify how its drain clearing performance is monitored and demanded action on any overdue clearances. 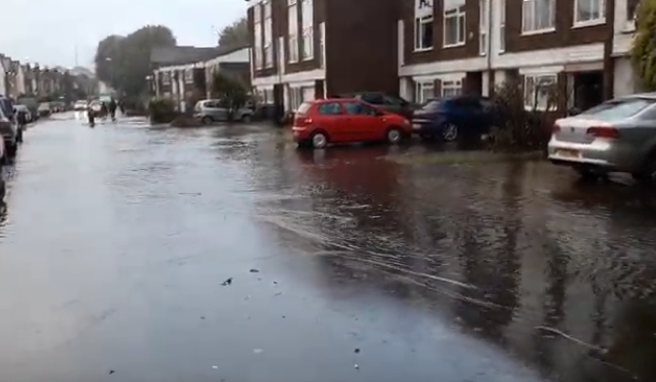 A picture of the flooding in Elm Road, one of several Kingston streets affected. Credit: Joe Holder

Many residents believe that the floods were exacerbated by some drains not being cleaned within these timeframes, which led Sharron to take action.

Sharron said: “Once again Kingston Council is failing in its basic duty to provide local people with the service they pay handsomely for."

The rain and flooding occurred on the 24th and 25th August as Storm Francis swept the nation and caused chaos.

The Green Party has consistently highlighted that heavy rainfall and flooding could become more frequent unless urgent action is taken on climate change. The damaging consequences of these weather conditions were evident across the Kingston community.

Transport links and businesses in the town centre were badly affected as several flooded roads had to close, including the Wood Street underpass and Kingsgate Road.

In Canbury, residents filmed high water levels in Elm Road with reports of houses being damaged near the Wych Elm pub. Floodwaters also submerged the roads around Berrylands Station.

The action demanded by Kingston Green Party will hopefully ensure that local disruption is minimised when heavy rainfall next occurs.

If you want to help us act on important local issues like flooding, then contact us at contact@kingston.greenparty.org.uk for more information about ways you can get involved.